Introduction Arwain and The Things Network

'Arwain' began as a local, open, community group, that provided Cardiff with free WiFi, in 2001. It achieved this from 'Access Points' mounted in prominent locations around the city.

As broadband became common-place Arwain switched from a very high bandwdth system to one that just dribbles data back onto the Internet - but now from tens of thousands of small devices from across the city. These devices are 'the things' on 'The Internet of Things' (IoT). With this switch Arwain becomes part of 'The Things Network' (TTN) and is part of a world-wide system.

Communities can now freely add 'things' to the Internet - but what are things?

so what do you want to sense or control?

We are interested in hearing from other community groups with whom we can develop novel sensors that may be used for social worth.

The Passing of Diesel

Our project to monitor the improvement of air quality due to the replacement of diesel powered trains in the region. 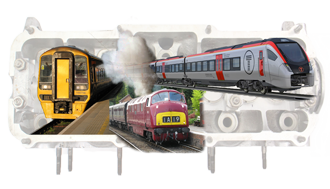